Photography is not only a key product of AP, it is a powerful medium to tell our story. Through thoughtful selection and careful attention to layout and composition, photography helps elevate AP materials and digital products.

Choose photos that are appropriate to the piece’s overall tone, intent and audience, while recognizing that AP covers a broad range of subject matter, from hard news to soft features.

Look for compelling photos that make effective use of subject matter, color, composition, lighting or other visual elements. Avoid pedestrian or clichéd photos.

Use photos that highlight our brand attributes of quality journalism and global reach. Emphasize international content whenever appropriate. 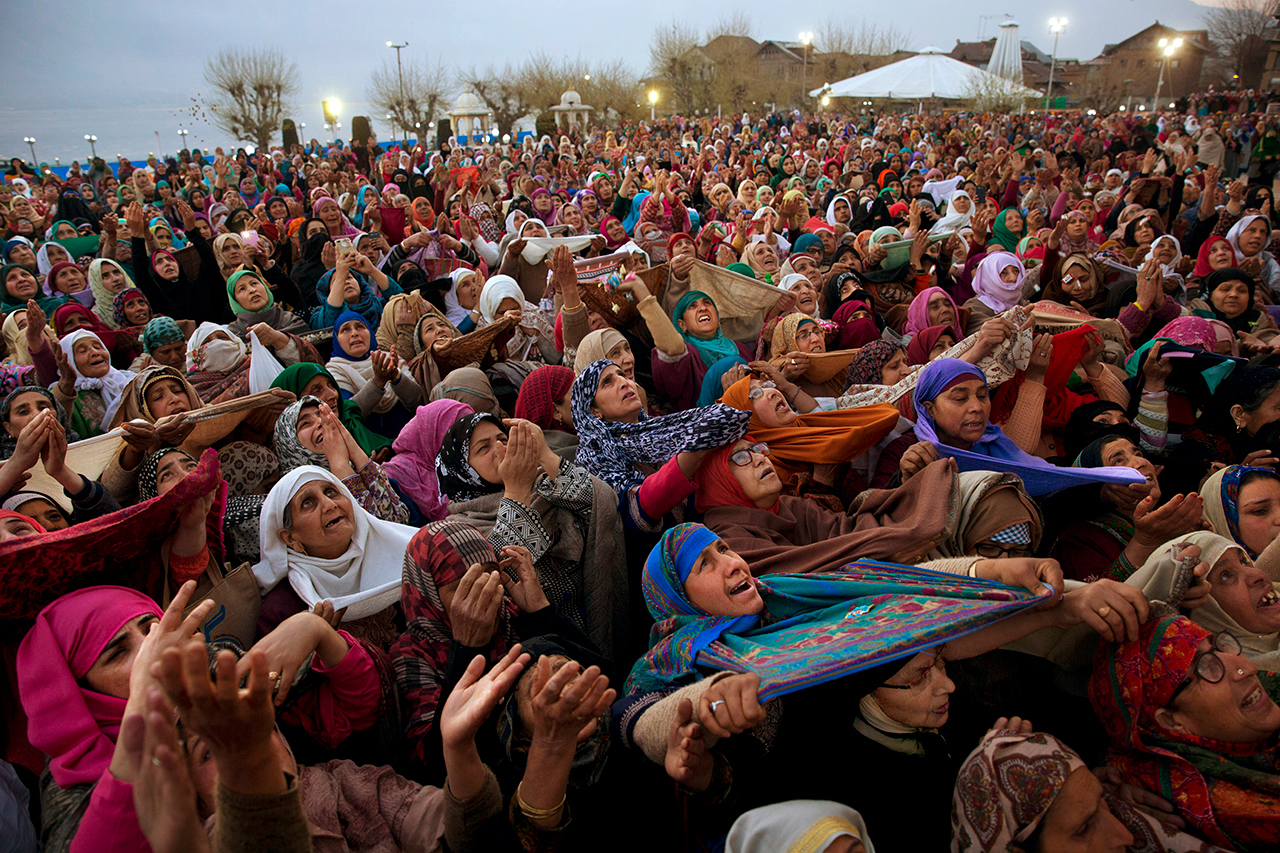 Always choose photos that reflect AP’s core values of fairness and accuracy. Avoid depicting just one side of a contentious or polarizing issue.

Use vintage photos when appropriate, but in general we prefer to highlight our best contemporary work. 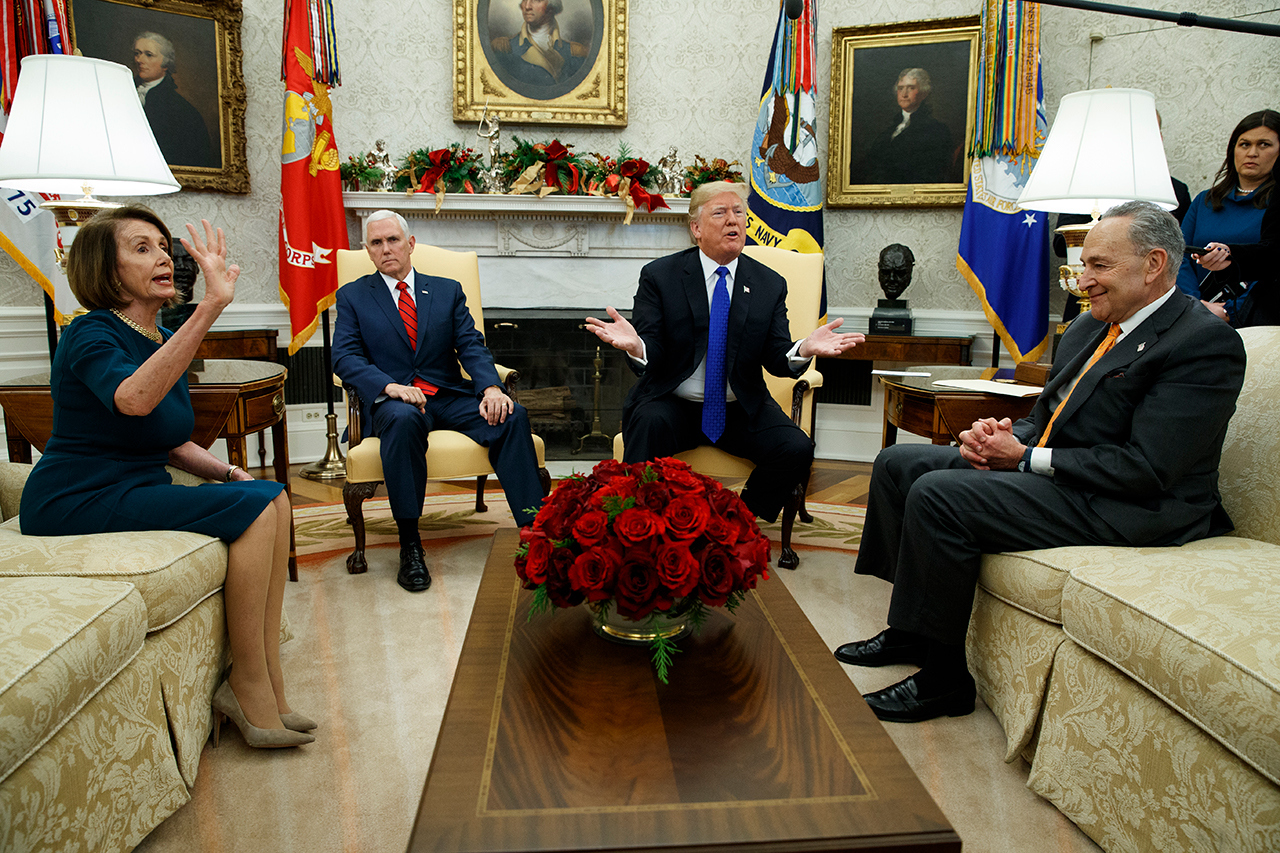 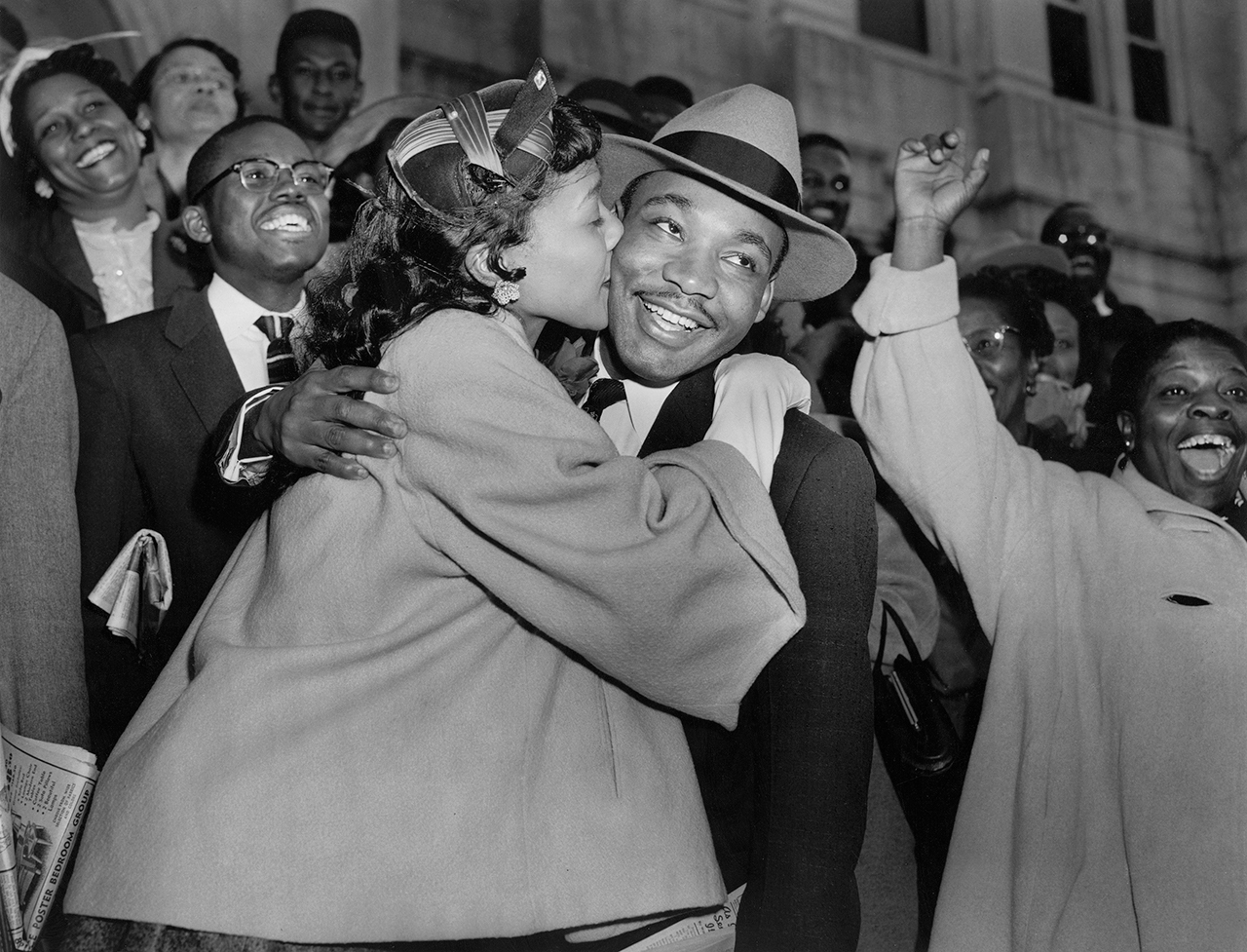 Emphasize a single photo rather than a flurry of images when possible.

Whenever possible, design your layouts so that the photo is full-bleed off the edge of the piece, or at least off one side in editorial layouts. 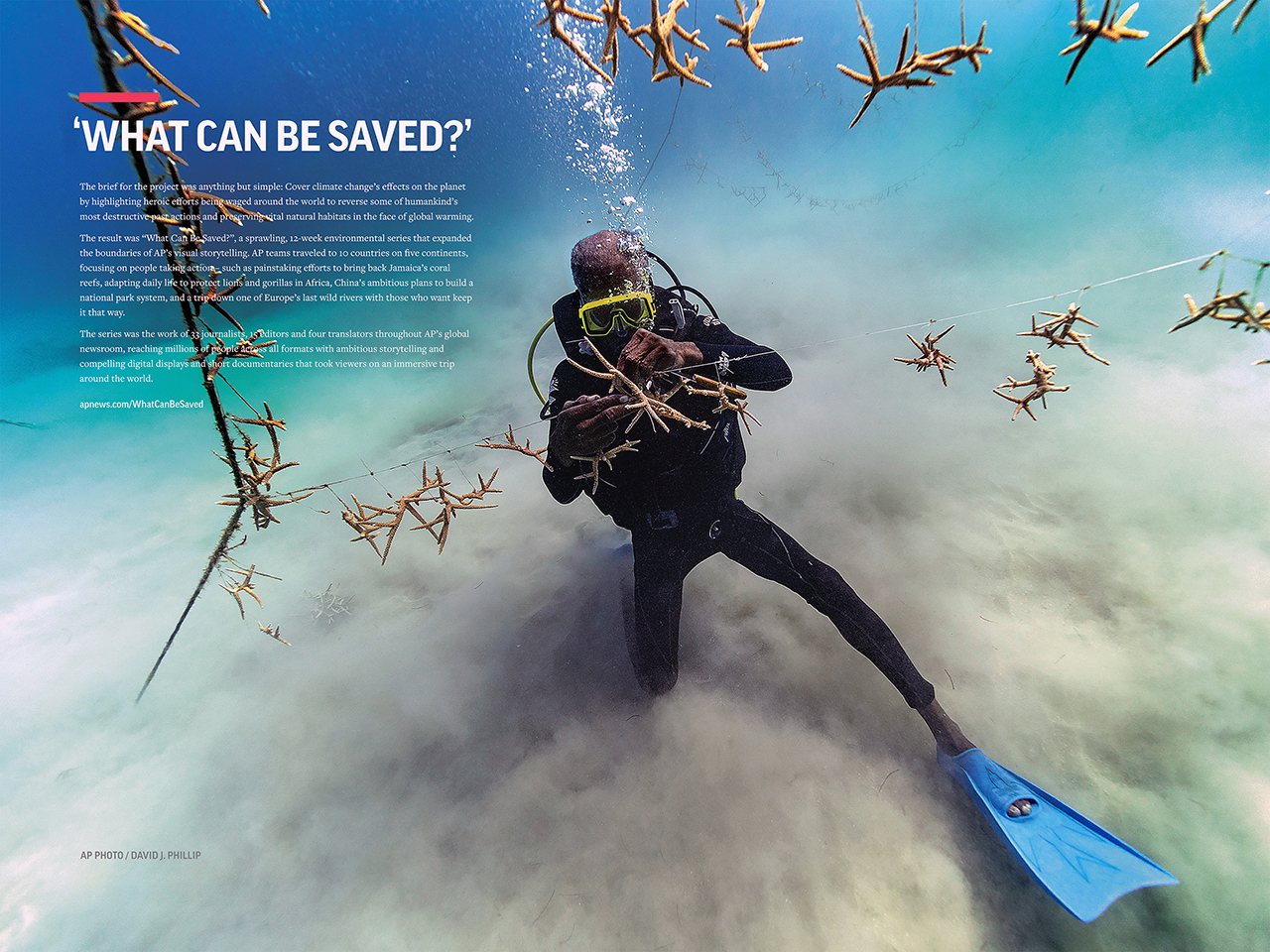 For designs that feature a combination of many photographs, use an image stream or an image grid, further explained in the examples below.

The Image Stream is a layout device where all photos retain their original (uncropped) aspect ratios, arranged along a common top or bottom axis at different scales and surrounding a single prompt line (or the AP logo itself).

This allows each image to maintain its own identity and for the document to convey a visual stability consistent with AP’s value of integrity. 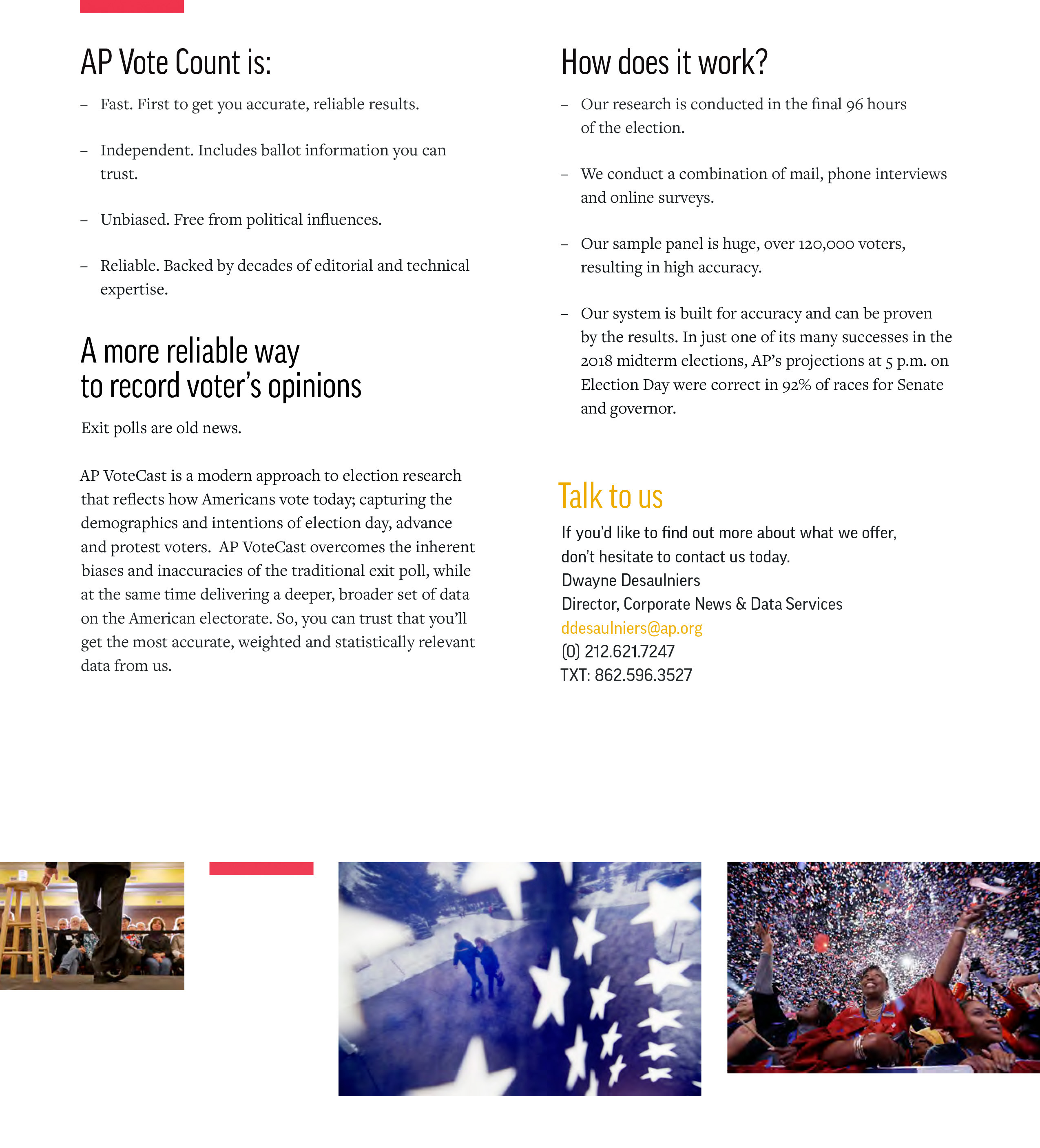 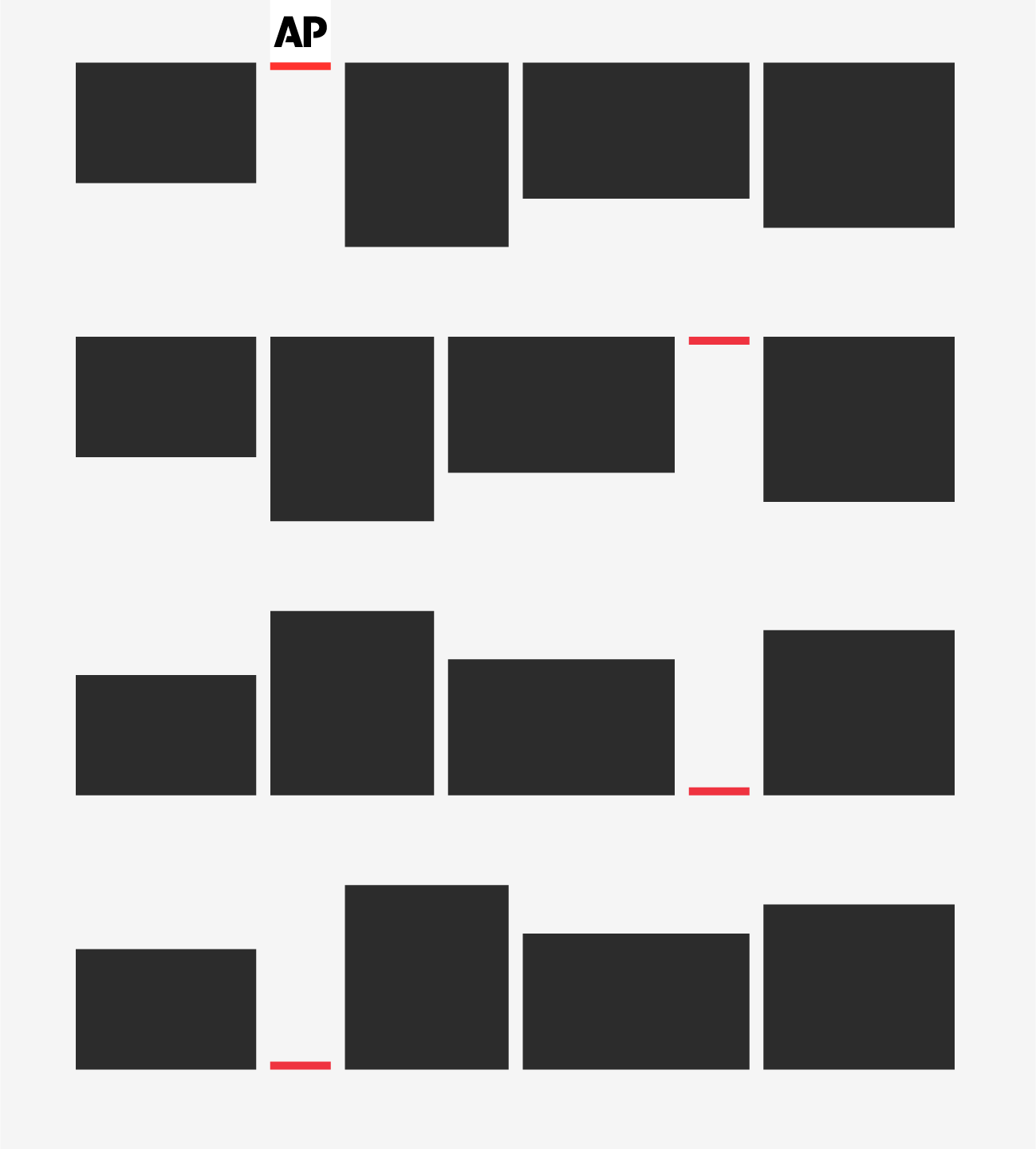 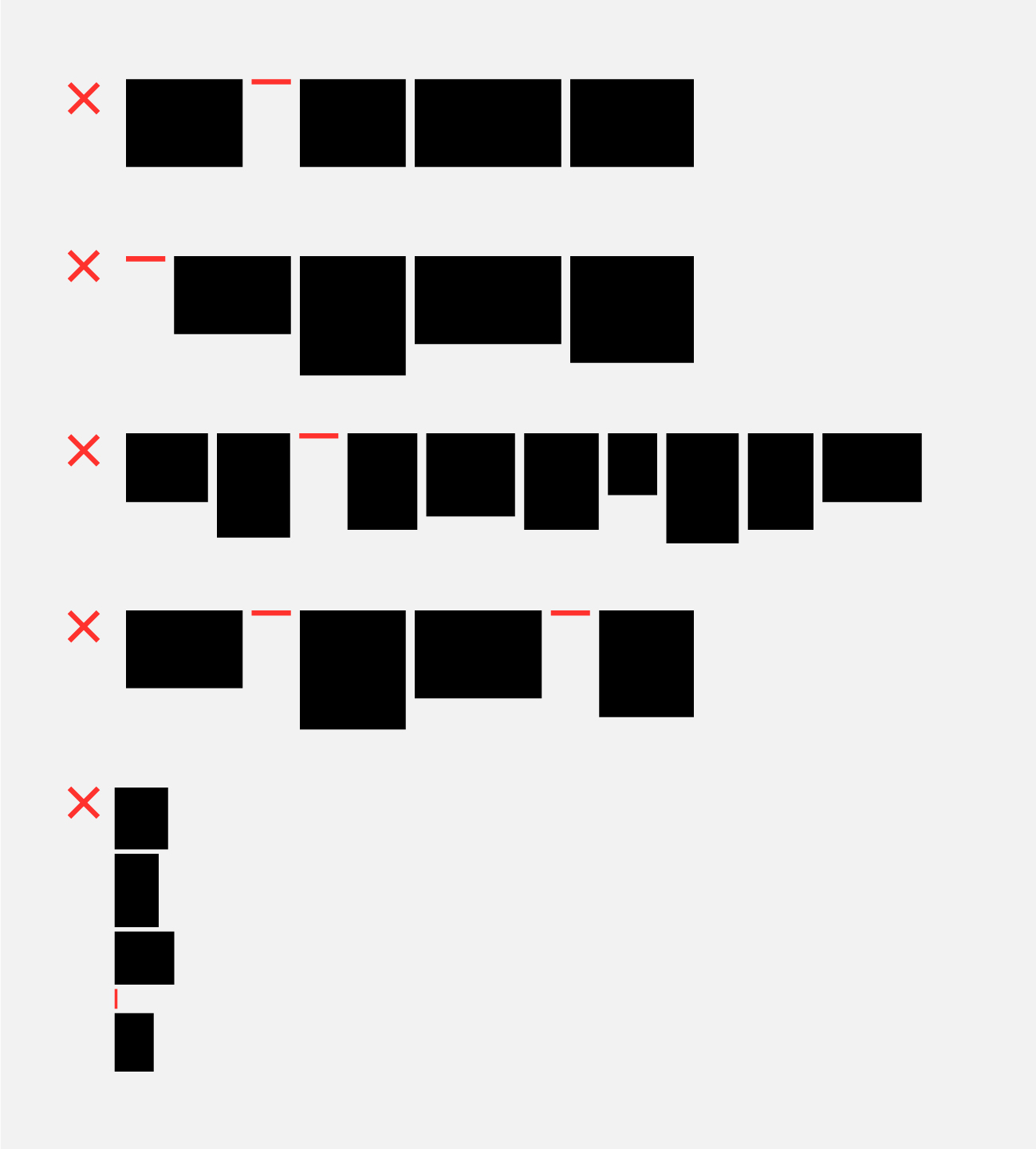 (1) The first sentence of the rewritten caption starts with the activity shown in the photo, in the present tense. The sentence ends with the dateline (location) and the date the photo was shot. The day of the week and the FILE overline have been deleted.

(2) The second sentence updates with the most recent information on the story, in the past tense. The contextual information has been condensed or deleted to give the most relevant points while shortening the caption.

(3) The signoff for most editorial photos includes AP Photo and the photographer's name. The file reference has been deleted.

French police carry a piece of aircraft debris in Saint-Andre, Reunion Island, July 29, 2015. The wing fragment found in the western Indian Ocean was shipped to France where investigators confirmed that it belonged to Malaysia Airlines Flight MH370, a Boeing 777 missing since March 2014 with 239 people aboard.